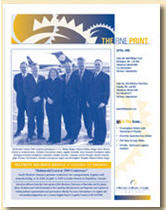 Over the years, many parents have opened joint bank and investment accounts with an adult child. Others have put title to houses, cottages or investment properties into joint names with one or more of their children. They have done so for a variety of reasons: (i) for the ease of financial management (ii) instead of having to rely upon a power of attorney for property; or more often than not, (iii) to avoid payment of probate fees upon their death. I have discussed this issue for over twenty years and know that there is much confusion over the legal presumptions surrounding these issues.

In order to fully understand the current law, it is necessary to look at what the law terms “presumptions”. In general, the law presumes equitable bargains, not gifts. That is, a transfer made without consideration (i.e. no value is given to the person doing the transferring) is called a gratuitous transfer. People are not expected to get something for nothing. In such cases, the onus is on the person receiving the gift to prove that a gift was intended. If that fails, the person receiving the gift (the transferee) is said to hold the asset on a “resulting trust” for the person who gave gift the (the transferor) or for his or her estate. This “presumption of resulting trust” has always been rebuttable. For example, if a person transferred title to property from his or her own name into joint names with someone else, for no money or value whatsoever, the transferee would, if challenged, have to prove that he or she had in fact received the property as a gift, and that the intention of the transferor was that the property would remain with the transferee upon the transferor’s death.

To complicate matters somewhat, there has been a long-standing “presumption of advancement” that applies to transfers made from parents to adult children. These types of transfers are considered to be gifts, based on the notion that parents had an obligation to assist their children (even adult ones) and commonly intended to make gifts to their children. This presumption is also rebuttable. However, in this situation, the onus is on the person challenging the gift who would have to convince the Court that a gift was not intended.

In May, 2007, the Supreme Court of Canada dealt with two cases, each involving an estate in which significant assets were held in joint names by elderly fathers and their daughters. In one case, following her father’s death, the daughter, claiming rights of survivorship inherent in joint ownership, cashed in the investments for herself rather than adding them to the father’s estate to share with her siblings. The siblings were successful in having the large investment account paid into the estate for the benefit of all of the children. In the second case, however, the Court concluded that the father had intended a gift, with the result that the daughter did not have to share the property with the other potential beneficiary. It is not always easily determined if the deceased intended a joint account as a gift to the other joint owner, or if the establishment of a joint account was simply a matter of convenience or to reduce probate fees.

Accordingly, what is clear from these two different results is that extreme care must be taken when putting property into joint names with the transferor being very clear as to its intentions. Is it truly a gift that is intended or is the transfer for convenience or other reason? There is currently a debate among estate practitioners as to what constitutes proper documentation to establish intention. It is now my recommended practice that those who hold property jointly with their children (or others) expressly declare in writing their intentions. Matters such as who uses the property, who pays taxes on it, who controls it, the banking or title documents that created the ownership in the first place, and matters relevant to the particular parties at hand, are all items that should be addressed. The time and cost of preparing such declarations are minimal compared to the time and expense that an estate may be put to if these matters are not addressed before death.