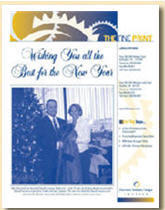 For a matter that many of us have been confronted with at some point, private lending has an astoundingly spotty success rate. Private loans, free from the seeminglytedious strings attached to institutional lending, often appear as a simpler and less complicated solution. While many private loans certainly work out as intended, the conflicts brought about when things go wrong are both plentiful and painful, with drastic effects on the relationships that made such loans possible.

A recent decision of the Ontario Court of Appeal has many re-visiting their outstanding demand promissory notes and wondering if demand for payment can still be enforced. This concern arises, in part, following the coming into force on January 1, 2004 of the Limitations Act, 2002 (the “new Act”), which reduced the general limitation period for enforcement of claims from 6 years to 2 years. In Hare v. Hare, the Court barred a mother from enforcing repayment of a loan made to her son many years before.

In upholding the dismissal of the action, the Court re-confirmed that the limitation period under a demand promissory note begins on the date that the note is issued, or on the last date that any payment of interest or part payment of principal is made being (an acknowledgement of the debt which re-starts the limitation period), not the date of default under the Note. In its decision, the Court examined the governing principles of private lending in case of default and the implications of the reduced limitation period under the new Act.

In 1997, Mary Hare loaned her son Brian $150,000, which was evidenced by an interest bearing demand promissory note. One payment of interest was made, in October 1998,  and a formal demand for payment was made in November 2004. When Brian refused to repay the loan, Mary commenced her action for payment in February, 2005.

In rendering its decision, the Court first had to decide which limitation period applied, that under the former Limitations Act (the “former Act”), being 6 years from the date a cause of action arose, or the 2 year period following discoverability under the new Act. The majority of the Court held that the concept of “discoverability” under the new Act did not change existing law, that there was nothing in the case before them to be discovered because “the law is well settled that a lender has the right to immediate repayment of such loans…As there is no repayment period specified, the lender is entitled to require immediate repayment.” That is, the relevant date continues to be the date of issue of the promissory note. Under the transitional provisions of the new Act, it was the former Act and the 6-year limitation period that the Court was therefore required to apply. Mary’s claim expired in October, 2004, 6 years following the last interest payment made by Brian but more than 6 months prior to the issuing by Mary of her claim. As a result, Mary’s claim was statute barred and she had no legal right to enforce repayment of the monies loaned to her son.

In addition to reviewing the status of outstanding demand promissory notes, lenders and their counsel should ensure that their promissory notes are now drafted to take into account the reduced limitation period, by providing for default only following demand for payment. Non-payment will be discovered only once the time period provided for payment following demand has expired, which then starts the limitation period for commencement of an action.

Without careful consideration of this decision and the need to seek counsel when lending money, lenders may be unwittingly making a gift instead of the loan that was intended.