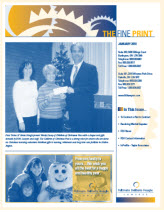 When encountering marital difficulties, we often only consider the use of lawyers because this traditional approach of litigation is all that we are familiar with. However, there are alternatives which may often be more suitable.

Family law is very different from other types of law in that the parties have to continue to work together after the dispute has been resolved. The legal system can encourage each side to take positions which can be counterproductive in family matters. Mediation and Collaborative Law are not only alternatives but can also be considered additions to the court room process; more easily resolved matters can be dealt with through mediation or collaborative law, leaving the more thorny issues for litigation.

Family mediation involves one mediator who acts as an independent third party to facilitate the resolution of a couple’s separation issues. Before and/or during the mediation process, it is still important for the parties to seek independent legal advice so that they are aware of their rights and obligations. In mediation, the goal is to find common ground from which to begin negotiations so that solutions may be reached where both parties feel their needs and those of their children are being met. In mediation, the parties control the process and design their own agreements with the guidance of the mediator.

Upon completion, each party and their lawyer will review the Separation Agreement. Once the Agreement has been signed by both parties and witnessed, it is a legally binding agreement, enforceable by the courts.

The Ontario Association of Family Mediators certifies the competence of family mediators in Ontario by providing accreditation.

Collaborative law is another dispute resolution model that is wellsuited for family law issues and has many of the same advantages that mediation offers. In this model, separating spouses along with their specially trained family lawyers negotiate amongst themselves to develop mutually agreeable arrangements in a respectful and open environment. Before the collaborative law process begins, you and your spouse and both collaborative lawyers sign a contract not to go to court; the threat of litigation is therefore removed. The structure of the meetings tends to be 4-way discussions between the parties. If necessary, other professionals such as mental health or financial specialists can be brought into the process. Once the parties have reached an agreement, then one of the lawyers drafts a Separation Agreement which can then be signed by both parties so that the agreement becomes binding.

The collaborative law approach can be somewhat more expensive than mediation since there are two lawyers involved and sometimes other professionals, but it still remains much cheaper than resolving matrimonial disputes through the courts.

Cohabitation Agreements and Marriage Contracts have a relatively short history in Ontario, both in respect of their acceptability and recognition by law. In fact, the main features of our present law were only established by the Family Law Reform Act of 1978 and continued by its successor and resent law, the Family Law Act of 1990 (“FLA”).

Their acceptability during the same period, and for obvious reasons, has occurred even more slowly, but has been gathering momentum. The reason for the latter is not only what is generally perceived as higher divorce rates than ever before (while the rate of 50% of marriages ending in divorce is questioned by some authorities, in excess of 45% is generally accepted), but also due to more individuals either opting for cohabiting in a common law relationship and/or waiting longer to get married. This has resulted in couples being more concerned about entering conjugal relationships without some protection for the assets they bring to the relationship.

The FLA of Ontario already offers some protection in marriage relationships by allowing individuals to take into account their net worth on the date of marriage. This value, i.e. the value of assets minus the value of liabilities on the date of marriage, is for all intents and purposes “frozen” and is allowed to be an adjustment as against net family property, i.e. the spouse’s net worth at time of separation, in favour of the spouse claiming it. The FLA further provides protection for assets received as a gift or inheritance, from third parties during marriage, by allowing for a complete exclusion of the asset from any consideration in the spouse’s net family property, being the net worth that is considered for equalization, i.e. division of property between spouses.

One of the main issues at time of separation relates to financial disclosure, and for our purposes here, corroboration of the values a spouse intends to employ in reducing net worth by the value of assets brought into marriage. Identifying these assets and their values and an acknowledgement of same by one’s spouse can be addressed in a marriage contract. This will either avert or weaken any potential legal claim in the future given the prior identification and acknowledgement by one’s spouse. The power of marriage contracts, however, is that they offer individuals the option to opt out of some of the most significant rights, principles, and mechanisms provided for in the legislation, and further provides the opportunity for parties to have input in how their affairs at time of marriage breakdown will be governed at a time that they are not involved in an adversarial relationship. Specifically, parties can amend or eliminate rights and obligations pertaining to spousal support, equalization of net family property, how the matrimonial home is to be treated upon separation and even possible claims against one’s estate on death.

Specifically, and to be more clear, marriage contracts can attempt to provide waivers of spousal support if and when there is a breakdown of marriage, subject to the court’s discretion and power to ignore this waiver if such a waiver results in unconscionable circumstances or compels a dependant spouse to look to public welfare.

With respect to property, the marriage contract can offer more protection than the FLA by actually excluding from any future equalization, any assets specifically and expressly identified and excluded. This might benefit individuals who are entering marriages later on in life or are entering a second or third marriage after having accumulated significant assets requiring protection. This is especially important for individuals with children from a previous relationship or who have a family business that they cannot afford to lose in a potentially volatile conflict in the event of a marriage breakdown.

The FLA only addresses common law relationships when it addresses the matter of spousal support. In this regard, a minimum period of three years of continuous cohabitation establishes the entitlement and corresponding obligation for spousal support. Accordingly, there is no equalization of net family property per se for common law spouses. Such individuals still need to be concerned, however, due to the possibility of creative “trust claims” made by one’s spouse. Such claims can be based on resulting and constructive trusts. It suffices for the purposes of this piece to just summarize these claims as challenges to a spouse’s ownership as it may appear on title documents to a particular asset, including real estate, business assets, vehicles, etc., based on some event which puts into question such ownership. These events can include contribution by the non-titled spouse to the asset’s acquisition or maintenance, or some contrary side agreement alleged by that same spouse. This of course can be averted by addressing this issue in a cohabitation agreement.

As already alluded to, another possible concern for individuals entering marriage or a common law relationship is the possibility of a claim against one’s estate by the surviving spouse. Estate succession legislation in Ontario allows any surviving dependant of a deceased to launch a court application against an estate for support if made within six months of completing probate of a will or administration of an estate where there is no will. Entering into a Marriage Contract or Cohabitation Agreement can help avoid this normally unexpected scenario.

Mischa Weisz was chronicled in our 2006 InProfile as the dynamic founder of TNS Smart Network, a trailblazing company in the electronic banking industry. Having received the shocking news in 2007 that he had pancreatic cancer and only 5 months to live, Mischa bravely continued to live with remarkable determination and energy – surviving for more than 25 months after his initial death sentence. After selling his business in 2009, Mischa devoted his remaining time and energies to family and philanthropy. He passed away October 2, 2009.

Mischa donated $3,000,000 to local charities such as the YMCA and the Juravinski Cancer Centre.

In his own prophetic words from our InProfile, Mischa’s legacy is one of self-reliance, leadership and giving: “Every entrepreneur ideally should have the same opportunity, be at the same starting line…..Where you end up is up to you.”