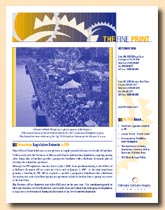 Under the Ontario Human Rights Code, everyone has the right to be free from discrimination because of handicap in the social areas of employment, services, goods, facilities, housing, contracts, and membership in trade and vocational associations. This means that persons with disabilities have the right to equal treatment, including the right to accessible workplaces, public transit, health services, restaurants, etc.

The right to be accommodated, and the corresponding duty of an employer to accommodate, are now well established. Accommodation is a fundamental and integral part of the right to equal treatment. The duty toaccommodate means that the conditions of the workplace, or the functions of a job, may have to be changed. This requires that an employer beaware of the standards for accommodation. Inassuming what should be a pro-active approachto accommodating disability, employers should keep in mind that the needs of persons with disabilities must be accommodated in the manner that most respects their dignity, that each employee has unique needs, and that it is important to consult the person who will receive the accommodation to ensure that adequate accommodation is made available.

The accommodation process is a shared responsibility. Everyone involved should cooperatively engage in the process, share information, and avail themselves of potential accommodation solutions. An individual with a disability is required to:

The employer is required to:

Terminating or Disciplining an Employee with a Disability

Before terminating or sanctioning an employee for “unacceptable behaviour”, an employer might first consider whether the actions of the employee are caused by a disability, especially where the employer is aware, of or perceives that, the employee has a disability. Employers are under an obligation to inform all employees that a disability related-assessment or accommodation can be provided as an option to address performance issues. Progressive performance management and discipline as well as employee assistance programs ensure that all employees have a range of opportunities to address performance issues on an individualized basis before sanctions or termination are considered.

Employers must develop the necessary strategies to avoid and resolve human rights issues that arise in the workplace. This strategy includes an anti-harassment or anti-discrimination policy, disability accommodation policies, a complaint resolution procedure, and on-going educational programs for employees.

Prince Edward Island is the most recent province to require pre-sale disclosure in the sale of franchises. Until recently, only the Provinces of Alberta and Ontario had franchise legislation, requiring, among other things, that a franchisor provide a prospective franchisee with a disclosure document prior to entering into a franchise agreement.

The Province of New Brunswick may follow PEI’s lead on the east coast. The consultation period on Bill 6, the Franchises Act (New Brunswick) was recently closed and a final draft of the proposed legislation is expected to be introducted during the fall session of the New Brunswick legislature.

Well-drafted employment contracts can be very important in securing the future of your company when economic difficulties arise, i.e. industrial downturn, market shift, loss of a major customer/contract. At this critical juncture, non-unionized companies frequently seek to downsize their workforce, even temporarily, yet are shocked to learn that they are legally unable to take the necessary remedial action without taking a substantial financial hit – that is unless they have previously implemented some basic legal strategies toweather these challenging economic times.

Ensuring the survival of your business begins during the ‘good times’ with written employment contracts that deal with the possibility of ‘bad times’ in the future. The importance of legally compliant employment contracts during a downsizing cannot be understated, as thefollowing examples demonstrate:

Lay-Offs. In the absence of an employment contract, temporarily laying off an employee can leave your company vulnerable to a constructive dismissal charge. Should the laid off employee not return to their job, even if you want them back, you could be responsible for as much as 18 to 24 months of salary.

Termination. The terms governing termination need to be clearly set out in an employment contract and be legally compliant, should you seek to take advantage of the Ontario Employment Standards Act’s permitted termination on 8 weeks notice (or less) (The statutory notice period may be greater than 8 weeks in certain circumstances, such as large-scale lay-offs of 50 or more employees where the employer’s payroll exceeds $2.5 million). Without an up-to-date employment contract, an employer could be responsible, under the common law, to provide an extended notice period and be responsible for as much as 18 to 24 months of salary.

Demotions. Not all promotions are successful, as previously capable employees can become a serious liability when they cannot cope with new responsibilities and job demands. In the absence of an employment contract that addresses that specific promotion, an employer could be hurt by having the wrong person responsible for such an important position. Only with the appropriate contract in place can an employer take the necessary corrective action.

Best Person for the Job. There is a commonly misplaced belief of entitlement based upon length of service, forcing far too many companies to increase responsibilities and compensation based on one’s length of service. Unfortunately this hinders many companies from getting the best person for the job. By having employment contracts with all employees, an employer can more easily get the best person for the job, while reducing their legal exposure from mediocre employees whom the employer appropriately chose to pass-over.

A well drafted employment contract that establishes the rights and obligations between employer and employee, is a legally binding contract that will govern the employment relationship, including the employer’s ability to demote, hold-back, lay-off and terminate the contracting employee. These are important powers, which can be critical to a company’s survival when faced with economicdifficulties.

Legal Alert: Mandatory Retirement is Prohibited as of December 12, 2006

Imposing mandatory retirement at age sixty-five (65) will not be permitted after December 12, 2006. Any existing contract that requires mandatory retirement after that date is not enforceable. Only in rare circumstances, where the nature of the job requires an earlier retirement (i.e., firefighters), will the new law make an exception to the rule.

It is still permissible to offer voluntary early retirement, by having the individual accept a legally permissible incentive to depart at an earlier age. Employer obligations to provide certain benefits and/or benefits may still be terminated at age 65. As such, specific legal counsel is important to avoid a human rights violation, while securing the appropriate staffing of your company. Not only should employment contracts be reviewed and updated, pension and group insurance plans may require revisions (compliance with ESA 2000 Benefit Regulations is paramount).