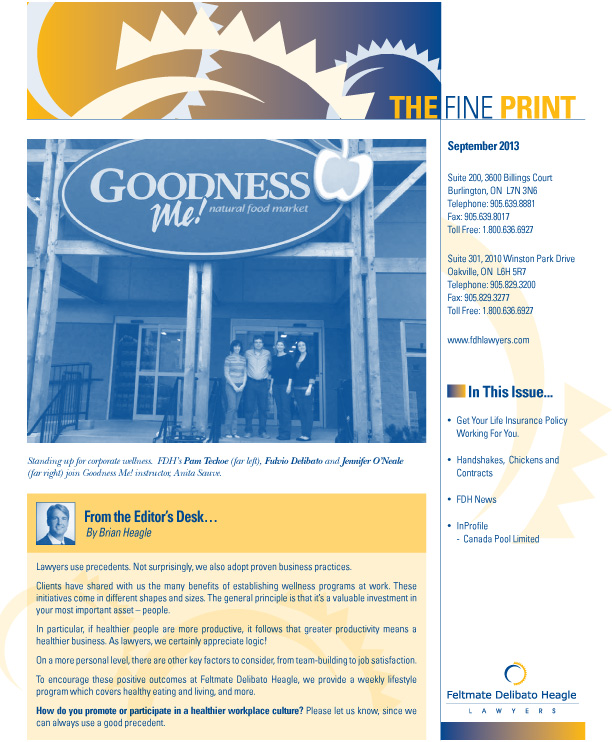 Based on your personal situation, it could be possible to move your life insurance policy into your corporation to reduce the net cost of premiums, unlock some retained earnings without incurring personal income tax liability and ensure that the death benefit still flows to your beneficiaries on a tax-free basis.

There is a cost to obtaining this valuation, but we can consider certain factors to determine if it is worthwhile to pursue the actuarial report. Those factors include:

The more factors you meet from the initial list, the more likely there will be a benefit to determining the Present Value of your policy. Many valuators will provide a quote at low or no cost. This quote will further inform the decision whether to proceed
with the transaction.

Once the policy is owned by the corporation, its premiums can be paid by corporate dollars rather than personal dollars. Depending on the cost of the premiums this could represent a significant reduction in the net cost of the insurance to the insured. As the saying goes, "it is better to pay from your suit pocket than your jeans pocket".

At this time the shareholders of the corporation will be the beneficiaries of your estate. Provided you have ordered your estate with dual wills to avoid probate on the shares of your private corporation, then the beneficiaries of your estate can receive the mortality benefit, as a capital dividend, tax-free. With a little planning, you can unlock your retained earnings, reduce the net cost of premiums and ensure that your loved ones are still protected - all without triggering increased tax liability.

So, how do you make a contract anyway?

After some decades of litigation practice, it still surprises me that a businessperson or lay person has a fairly foggy idea of what constitutes a legal contract.

Frequently, people tell me that they "had an arrangement" but there was nothing in writing, so they concluded they did not have a contract at all. Not so! Yes indeed, you can have a verbal, unwritten contract. Oral contracts are quite prevalent and they are enforceable.

In England, where two or more parties shake hands on an understanding of mutual trust, they must intend to be legally bound, and "consideration" ("something for something") must be exchanged to have an enforceable agreement. The most simple scenario: Angus agrees to sell his cow to Bernice, who agrees to pay money. However, if Angus lives in Aberdeen, Scotland, the contract will be enforced and survive on a handshake only, without even the consideration, just based on the promise. (An interesting historical quirk between the English and Scottish legal systems.)

The use of the “handshake” to seal contracts nowadays is not common in England or in Canada. However, clients frequently approach us for written contracts but no client wants a 50 page tome. Many of them have had prior legal dealings and may even have come in contact with the Court system. Long and complicated agreements are expensive in the drafting and are even more expensive in their enforcement. In litigation, a $200,000.00 or $300,000.00 dispute can easily cost up to a third of the value in dispute by the time all of the litigation process, including documentary and oral discovery, pretrial, trial and some motions along the way have been completed.

Many clients arrive in our office knowing the cost versus benefit analysis even before I proceed with my well worn speech. Going to Court is often not about justice at all, but about economic staying power and the emotional will and fortitude to go all the way to trial. In the U.S. and in Canada, it is almost trite that the legal system is being used as an economic tool, often far divorced from the merits of the case itself.

Given the above, many a businessperson and client has come to the conclusion that the time and money spent in a lawsuit is better invested in the effort of furthering positive business promotions, such as advertising, and enhancing reputation, which is surely not achieved by suing.

There is, of course, still a vital role to be played by lawyers. The contract we put in place for you can be the "insurance policy" that keeps the "handshaker" honest and on task to perform. Take, for example, a case in the United States where a chicken grower made a written contract (and a rather lengthy one) with a country-wide chicken buyer. The case went before the Court because the very word "chicken" was interpreted differently by each party. You would think that everyone knows what "chicken" means. Not so. As a litigator, I am not surprised that this contract went afoul (pardon the pun). But "fowl" can mean many things:

1. young chicken suitable for broiling and frying;
2. a type of bird that meets specifications on weight and quality;
3. stewing chickens; or just,
4. chicken parts.

The supplier likely wanted to deliver any type of chicken it had and the buyer may only have wanted young broiling chickens between 2-½ to 3 lbs. Both parties honestly believed that there were obeying the letter of their contract. If this had been an oral agreement between Angus and Bernice simply to sell chickens, could they have simply worked it out and substituted another oral agreement?

Ideally with the help of a written contract, which would specify exactly the weight, quality, age and type of chicken, they would have had no need to repeat the exercise, as each one of them and their employees would have been very clear on what each had to deliver.

In the end, in the chicken case, where there was a written agreement, the Court went through its interpretive exercise of putting the contract in context – i.e. the intent of the parties, the market, etc. – to try to interpret within the factual matrix and the linguistic context of the contract as to what kind of "chicken" was truly meant. The agreement had failed to specify that crucial ingredient.

The lesson is that commercial deals are best put in writing, but they must also be clear on the terms and the intentions of the parties. 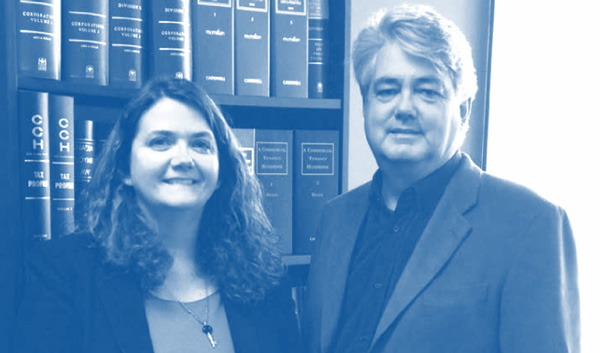 Peggy Spadafora’s practice is focused on commercial and residential real estate transactions, including all areas of real estate development, financing, commercial sales and acquisitions, leasing and condominium projects. Peggy has worked on prominent acquisitions and financings for large financial institutions.

As a partner in a Toronto law firm before joining us, Peggy’s speciality is representing developers and property owners in commercial and residential land development, with an expertise in condominium development.

Peggy believes that communication is the key to unlocking a healthy, trusting relationship with every client. “I must provide clear and straightforward advice, so we can have productive dialogues and manage expectations together. That approach is shared by everyone here at Feltmate Delibato Heagle.”

Feltmate Delibato Heagle was a sponsor of the Brady/Pioneer 2013 Golf Classic in support of the YMCA of Hamilton/Burlington/Brantford Strong Kids program.

Brian Heagle will be a panelist on #theissue on TV Cogeco Burlington/Oakville, which show focusses on local topics and municipal government. 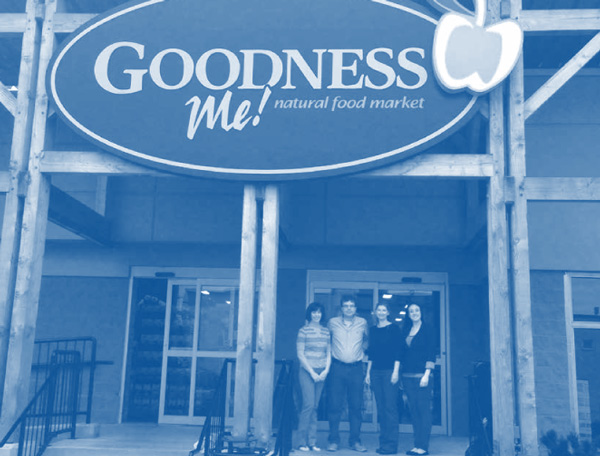 Clients have shared with us the many benefits of establishing wellness programs at work. These initiatives come in different shapes and sizes. The general principle is that it’s a valuable investment in your most important asset – people.

In particular, if healthier people are more productive, it follows that greater productivity means a healthier business. As lawyers, we certainly appreciate logic!

On a more personal level, there are other key factors to consider, from team-building to job satisfaction. To encourage these positive outcomes at Feltmate Delibato Heagle, we provide a weekly lifestyle program which covers healthy eating and living, and more.

How do you promote or participate in a healthier workplace culture? Please let us know, since we can always use a good precedent.